Peacebuilding and media production since 1982

''In 1982, John founded Search for Common Ground. By the time he stepped down as President in 2014, it had become the largest peacebuilding organisation in the world. He also founded and headed Common Ground Productions. The vision that drove – and still drives – John’s work is to transform how countries and individuals deal with conflict – from adversarial, win-lose approaches to non-adversarial, win-win problem-solving.''

Building a legacy as a social entrepreneur

Get in touch with John 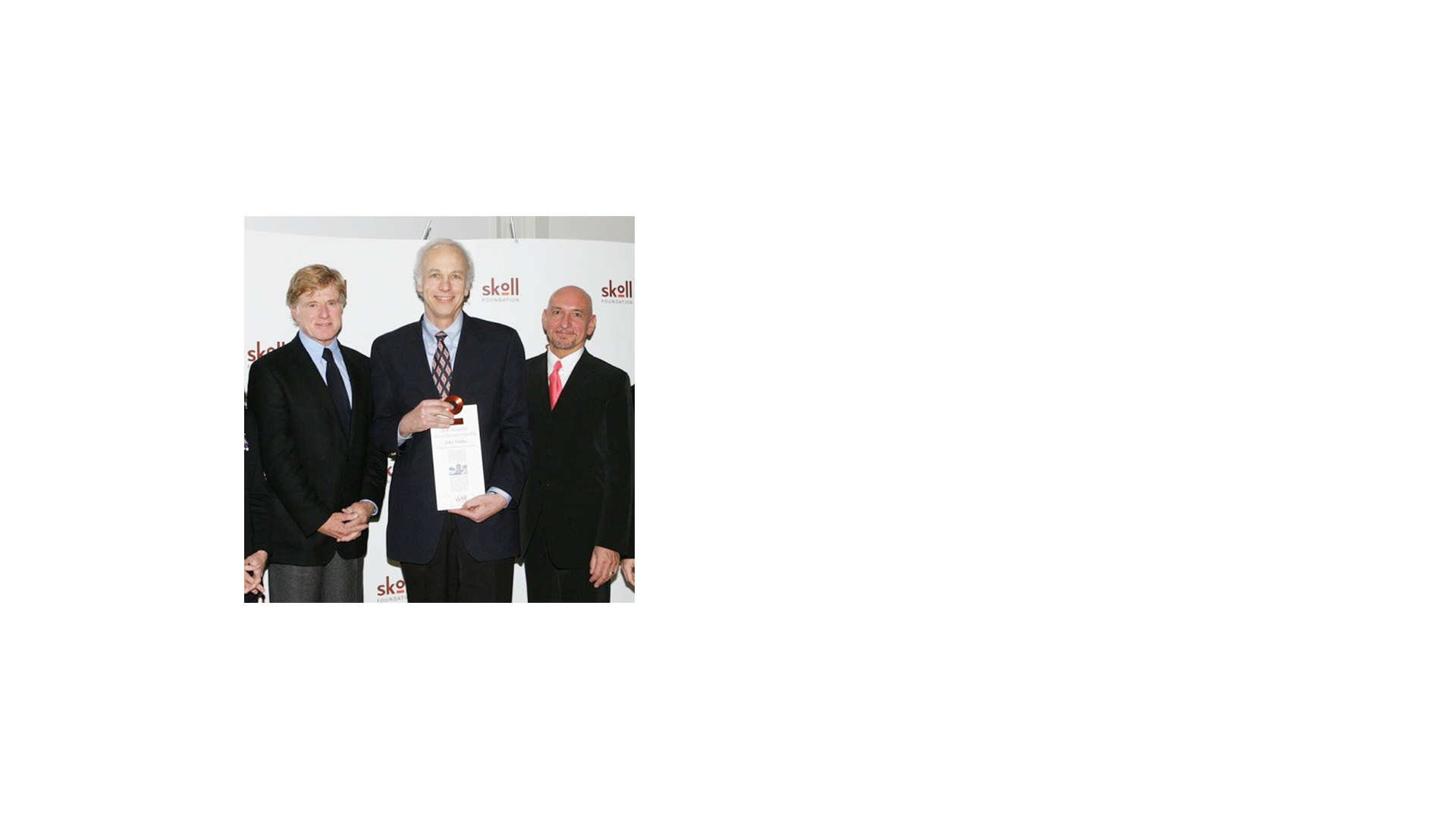 John started Search for Common Ground with one colleague, and he built it in partnership with his wife, Susan Collin Marks, into an organisation with offices in 35 countries and a staff of 600. Thus, John is a widely recognised social entrepreneur. He is currently a Skoll Awardee in Social Entrepreneurship, a Visiting Scholar in Social Entrepreneurship and Peacebuilding at Leiden University and an Ashoka Senior Fellow. He was previously a Fellow of Harvard’s Institute of Politics and a Visiting Scholar at Harvard Law School. Also he was awarded an honorary doctorate by the UN’s University of Peace.

John conducts masterclasses in Social Entrepreneurship, Fundraising, Peacebuilding and Track II Diplomacy at such places as the Hague Humanity Hub, the Impact Hub in Amsterdam, Leiden University, Amsterdam University, Hamburg University and the Esalen Institute in Big Sur, California. John also provides mentoring to people who attend his presentations and who are interested in going deeper and seeking individual guidance. 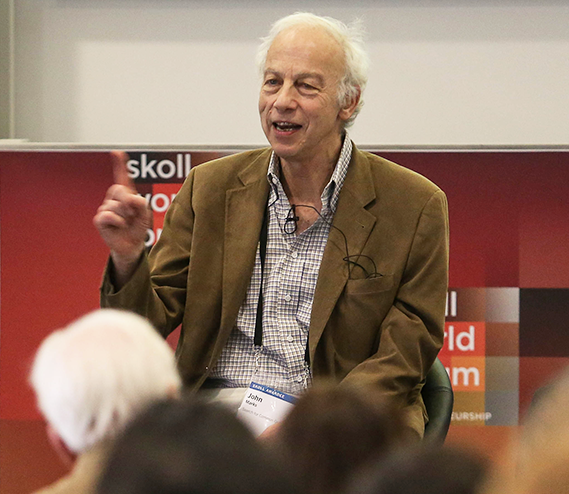 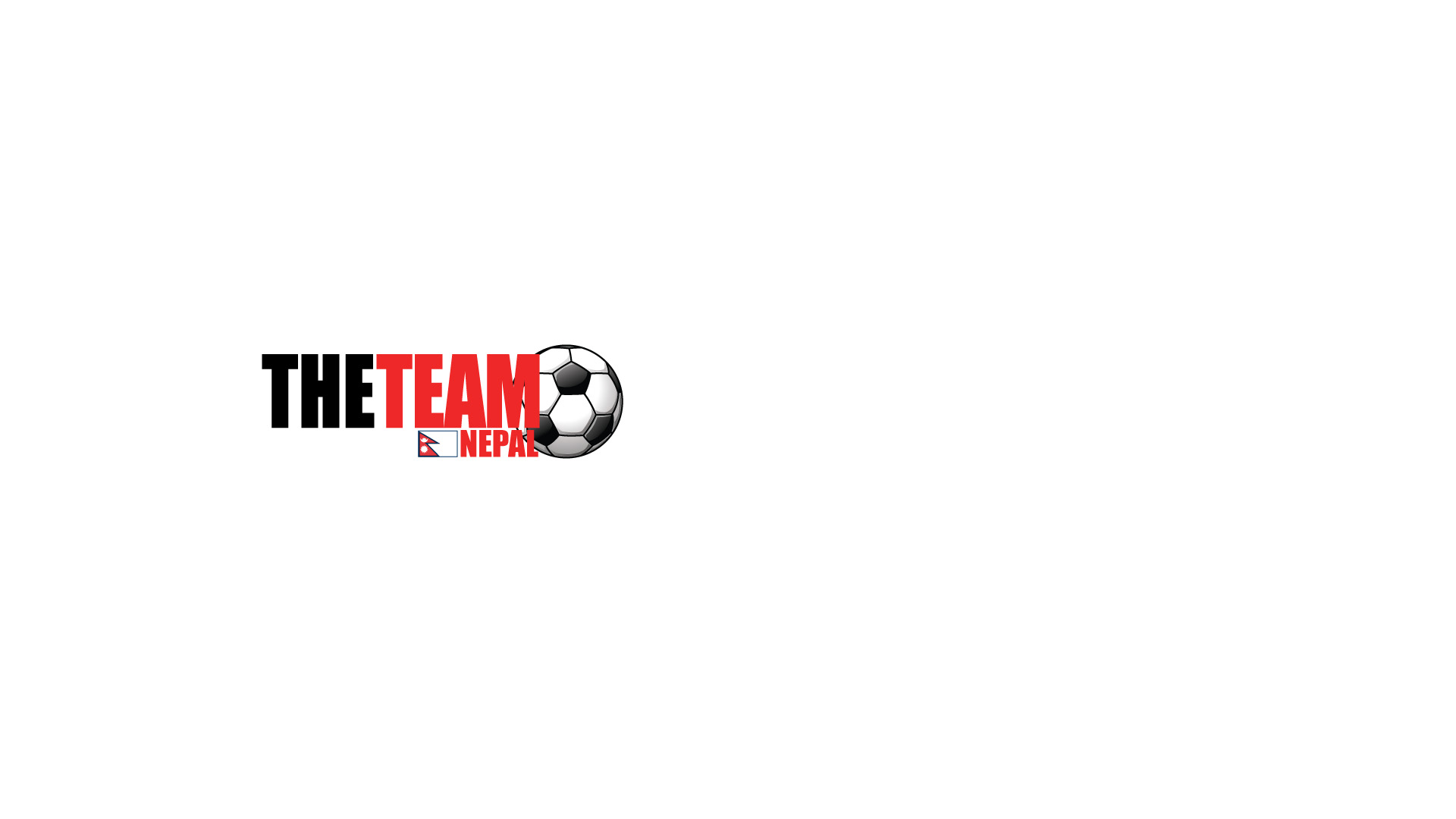 In 1985, John founded Common Ground Productions to produce innovative TV, radio and internet programmes. The goal was – and is – to counter extremism and promote peacebuilding. John has pioneered in using popular culture to reach mass audiences in order to change attitudes and behaviours. He believes that almost any media format can promote positive social change, and he has produced reality series, documentaries and talk shows. However, his signature production is a dramatic TV series called The Team. Since 2006, he has executive-produced 350 episodes of this series in 18 countries in Africa, the Middle East and Asia. In most places, the plot focuses on a fictional football team (except in Pakistan and Sri Lanka where cricket is used). The core metaphor is: If players do not overcome their religious and ethnic differences – and cooperate – they will not score goals. (Please click here to see a worldwide Team trailer.

A new take on the team

In 2014, John left the presidency of Search for Common Ground and Common Ground Productions, and he moved to Amsterdam. He remains a Senior Advisor to both entities, and he is passionate about bringing The Team to Europe where intolerance, xenophobia and racism are – unfortunately – on the rise. NPO, the Netherlands’ most popular broadcaster, has agreed to air a Dutch-language version of the series, called Team Oranje, which will focus on a women’s hockey team. Why hockey? The sport is very popular in the Netherlands, and the Dutch are the current world’s champion. John will co-produce Team Oranje with Vincent TV Producties. His vision is that the Dutch series will be the first of many additional Team series in other European countries. 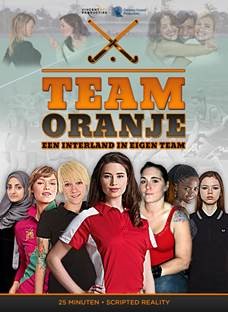 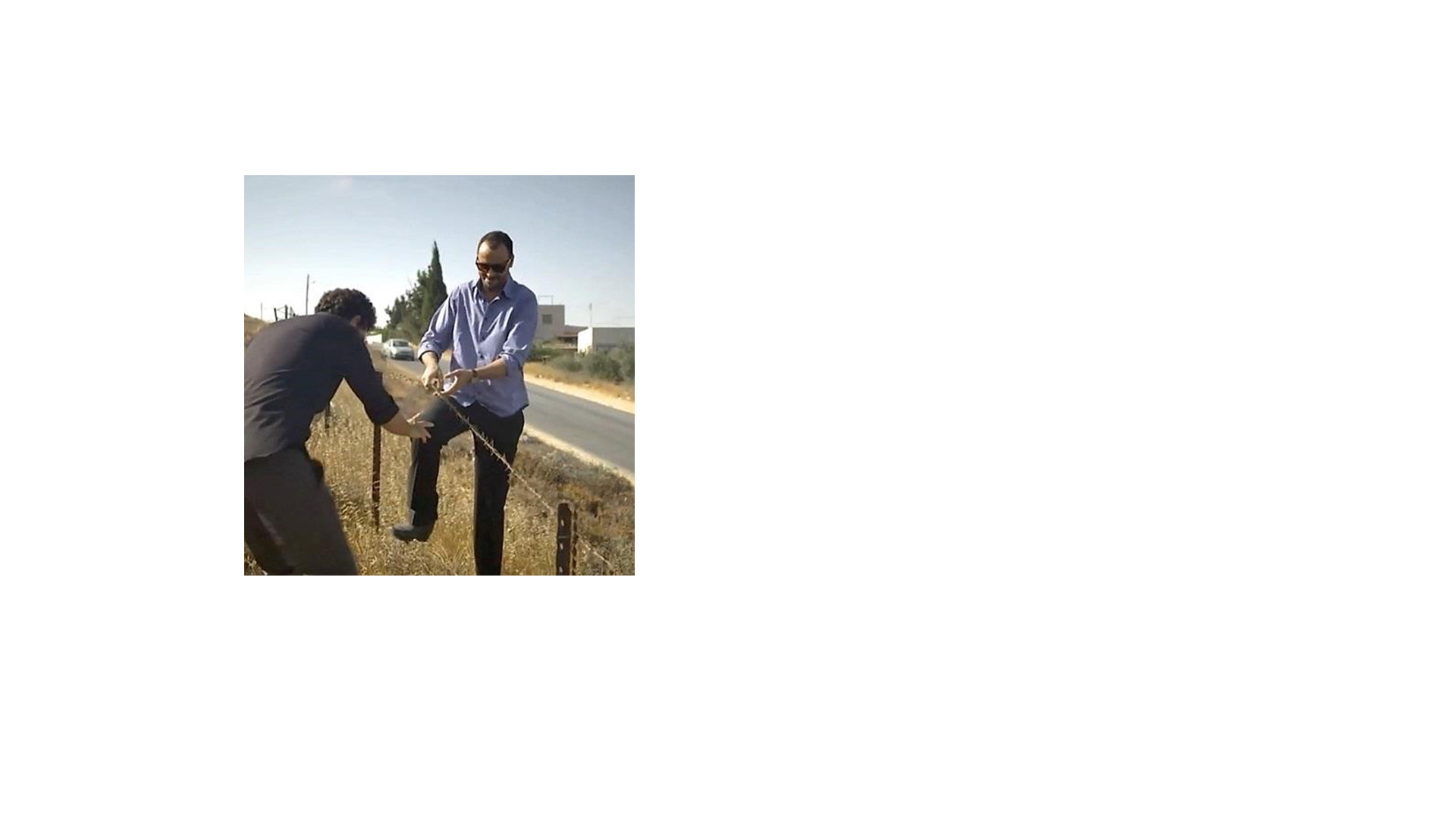 In 2015, John conceived and executive-produced his first full-length feature film. Called Under the Same Sun, it tells the story – “mockumentary” form – of a Palestinian entrepreneur and an Israeli businessman who form an unlikely partnership to market solar power in the West Bank and who end up making peace across the entire Holy Land. (You can order a copy at by clicking here.)

In 1966 at age 22, John received a presidential appointment to the US Foreign Service. His first assignment was to Vietnam during the war years. John’s experience on the ground there turned him into a strong opponent of US policy, and in 1970, after American troops invaded Cambodia, he resigned in protest from government service. 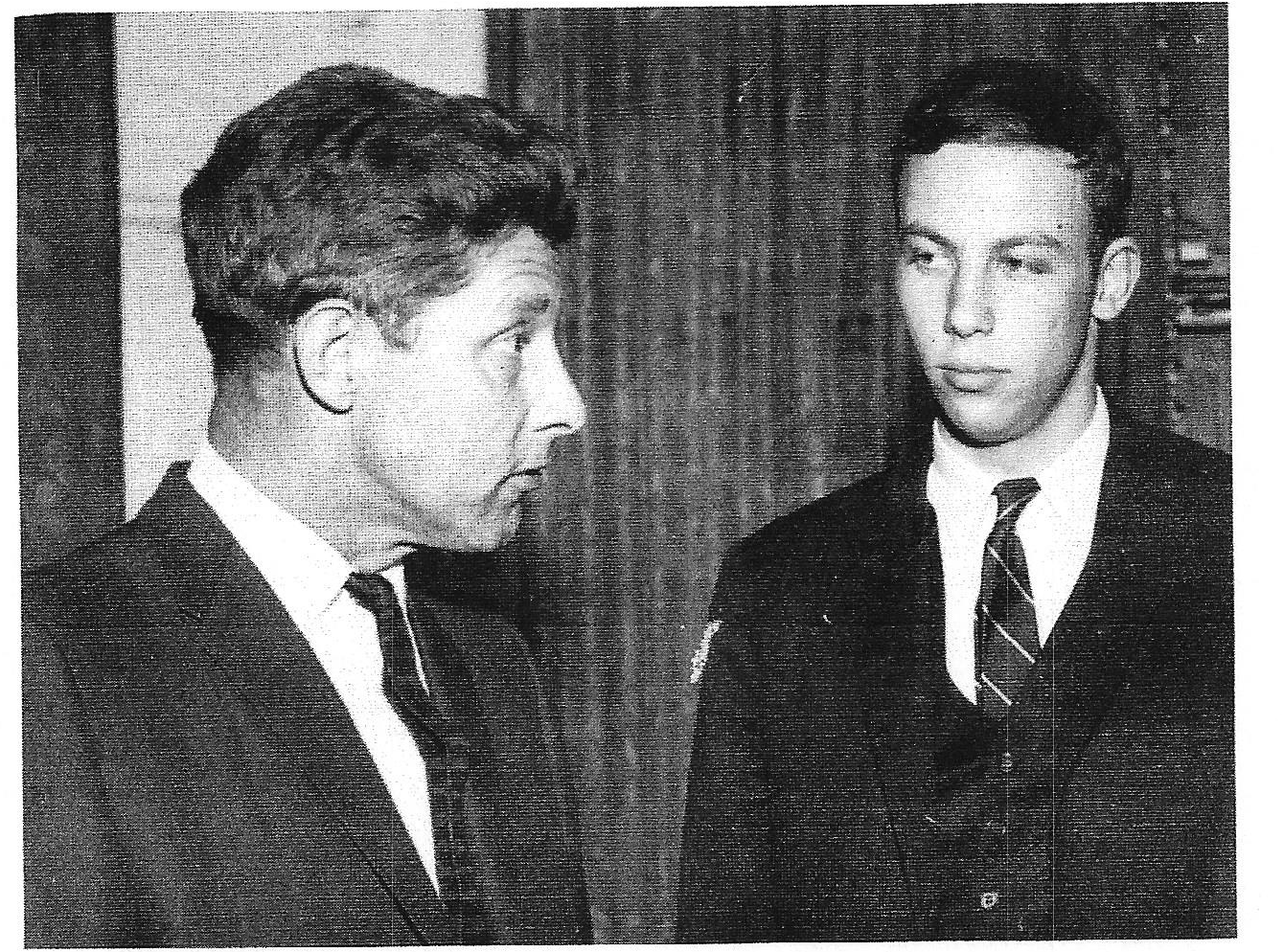 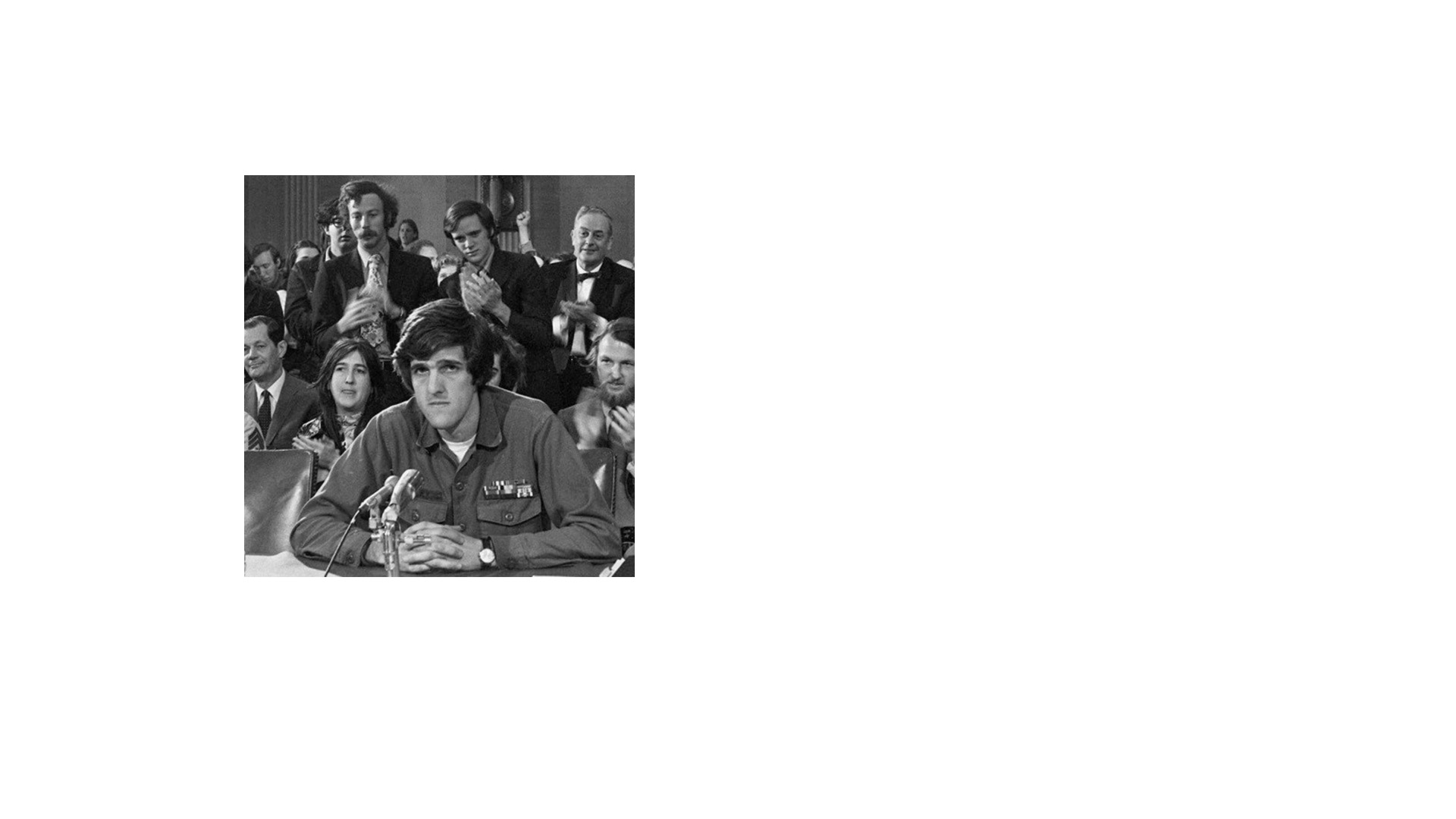 In 1970, after he left the State Department, John went to work as Executive Assistant to an anti-war US Senator, Clifford Case of New Jersey. John felt as if he had switched sides on the war because he was the Senator’s staff member who oversaw passage of the Case-Church amendment, which wound up cutting off funding for American participation in Vietnam.

In 1974, John co-authored with Victor Marchetti The CIA and the Cult of Intelligence, a book that exposed abuses committed by US intelligence agencies. The book was a New York Times best-seller. John went on to write the award-winning Search for the “Manchurian Candidate,” which Senator Edward Kennedy said “accomplished what two Senate committees could not” in terms of revealing CIA involvement in the secret history of the behavioural sciences. 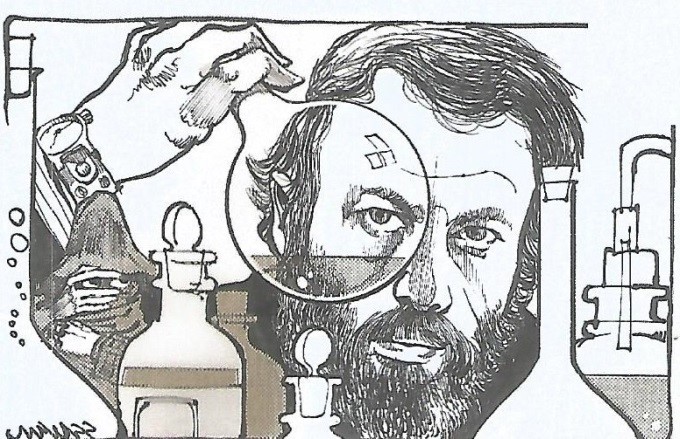 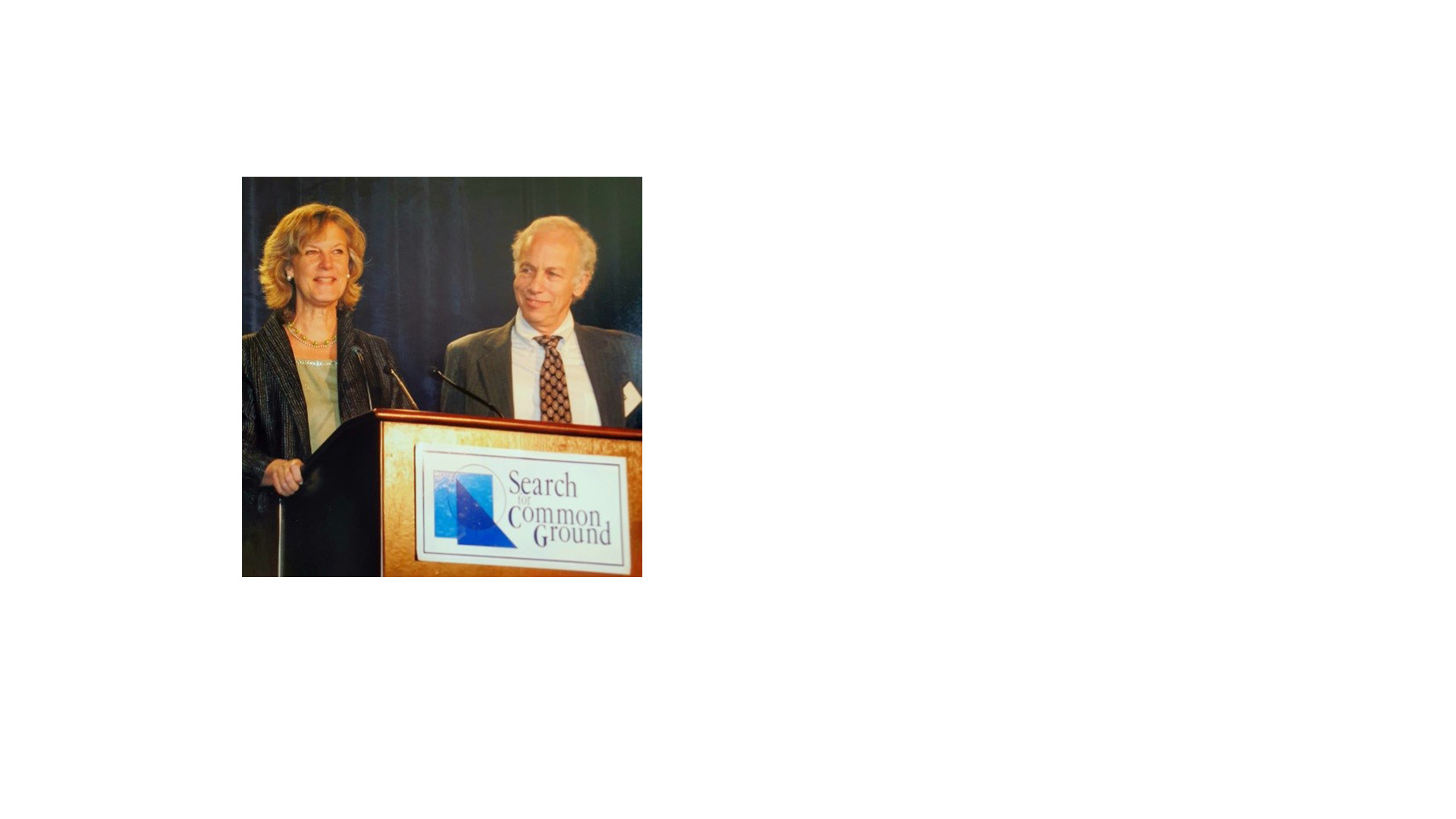 John has been happily married for more than 25 years to Susan Collin Marks. As a couple, they are both lovers and professional colleagues. Susan served as Vice President of Search for Common Ground, and she provided leadership skills to the organisation that were crucial to its success. Like John, Susan is a Skoll Awardee, and she also received an honorary doctorate from the UN University of Peace. She is the author of Watching the Wind: Conflict Resolution during South Africa's Transition to Democracy.

John’s son, Daniel Marks, is a graduate of NYU's Tisch School of the Arts. He has spent his career in documentary film and television, first as an eight-time Emmy Award-winning editor and then as a producer and director through his production company, South District Films. His producing and directing credits include ESPN's “30 for 30” documentary series and HBO's “State of Play,” as well as other projects for Vice, CBS Sports and the UFC.

These companies have partnered with us to create innovation. Our versatile services and pricing options have helped small and large organisations, by providing a flexible, multidisplinary approach to make ideas happen. Are you interested in joining our group of clients? We would love to meet and configure your innovation process together.